Project 333 Updated and Over 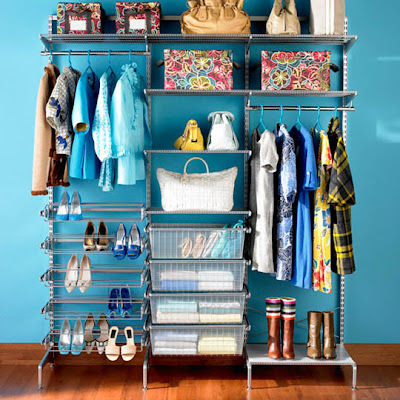 If anyone was wondering how Project 333 ended up, I'm here to report my experience with it.  I'm afraid it might be a little anti-climatic though because it wasn't a very earth shaking experiment to me.  I just want to highlight a few points that I learned during the three months.

The most helpful exercise was putting away all the other clothes that I wasn't going to wear.  In doing this, I noticed that I needed a lot of storage space to do so.  I thought I didn't have that many clothes to begin with, but apparently I was wrong.  Clothes can hang there and be invisible to me if I don't wear them.  They really are wasted space, hanging and stored.  After the project I felt a renewed vigor for cleaning out those things, which is a great benefit!  I opened my eyes to the excess.

For the first two months I was breezing along wearing mostly summer clothes, but when winter hit, I stumbled a bit.  I had saved some of my 33 items to add in winter clothes, but I found that I got bored very quickly.  If I were doing this on my own rules, I would do less clothes each season, but change them out after the weather changes.  The majority of my shirts were summer because I live in Houston and I was very limited with sweaters.  I managed through until we went home for Christmas and I got a couple of new things while I was there.

The jewelry, shoes and coat limitations didn't bother me at all, except I felt that I was neglecting some pretty things that I could have been wearing.  It actually felt a little wasteful to me not to wear them.

Not shopping had an interesting effect in my mind.  On one hand I was happy to not be looking for anything, but at the same time I missed not being in the pursuit of something.  It felt like I was letting go of a task that kept me entertained to a degree.  It's not like I'm a huge shopper, but I find it fun to browse online or be hunting for the perfect something or another.

Having lived in NC, I am four seasons kind of girl.  I religiously change out clothes for each season.  Since going through this challenge, I realized how nice it would be to have a year round wardrobe.  I'm not sure that I will do this, but I feel that the key is to have so little that your closet still doesn't look crammed with all your clothes.  Giving up this ritual would be a little strange for me though so the idea is there but still in the back of my mind.

Overall, I do think that this is a beneficial experiment for learning how much you really need in your wardrobe.  Even though it sounds extreme, 33 items is really quite sufficient for a season of clothes.  Haven't you secretly wanted your closet to look like those at the Container Store?  I have and this was my chance!

Thanks for sharing your experience with the project 333. I did the "6 Items or Less" challenge for a few weeks but it was taking me too much time to think about getting things dry cleaned and ready to wear and the whole point was ease. I thought about project 333 and a similar British TV challenge (24 item wardrobe). Instead I have been pretty ruthless with my closet and removing anything that I routinely pass over for other items. If an item of clothing is never my first choice, it's gone.

It's nice to hear how it turned out for you. Mine was similar. I thought about it a lot at the beginning but by the end it was routine and sort of a fizzle. I am happy to have the rest of my accessories again and use more of my winter things.

Leah- You are brave to try that, but you're right you have to do what works for you. I think you are already so disciplined!

Stephanie-We are so much alike! Really all three of us are constant declutterers aren't we.

I miss both of your blogs! Let me know if you start up again. :)

33 things sounds like a great number and I think everyone should try it! You certainly have inspired me. But my resolution is, instead of going in storage, things i have "overlooked" for years better just be given away! great job, btw! ;)