A Visit Home and Four Stories 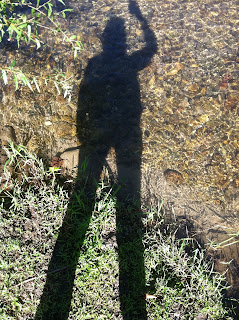 Even though it's been awhile since I've posted, don't think that I'm not constantly writing posts in my head.  I am always resolving to do better and then I get overwhelmed and don't know where to start again. Can you say clutter in my head?  Jumping back in seemed like the right thing to do though.

I've just come back from a visit to my family in NC.  It was my first visit since my Mother passed away and probably why I avoided it for so long.  It was wonderful to have such a long visit and be a part of each person's world for a little while.  You really can't spend quality time only visiting on the holidays.  I'm really grateful that I was able to go and believe me I got to do lots of decluttering during my stay.

It's so "me" to want to help declutter and it's really one of my favorite things to do while I'm there.  To the average person, it sounds bizarre but it's my own special way of helping since I'm never around to help with anything else.  In particular, I have two aunts, one who loves to declutter and the other who, ahem, doesn't. I also tried to inspire my Nanny to declutter but she just ended up thinking I wanted her to throw away everything, which isn't true at all.  I also made a stop at a friend's house who needed some help decluttering her son's old room.

The reason I named myself The Closet Therapist is because delving into someone's stuff and seeing their connection to it really allows you to see inside their head.  I really use counseling skills to identify the reasoning behind keeping things that no longer serve you.  To that person, it may or may not be clutter at that point.  Sensitivity is always in order when going through someone's things.  I try but sometimes I just laugh at what a person wants to keep.  Ultimately it's up to them though.

Let me tell you about Aunt #1 who loves to declutter.  All you have to do is say declutter and she is pulling things out and wanting to get them out the door.  This is so easy for me!  We can laugh and joke about how long she has had something and there are no tug of wars.  Ironically, the only thing that I have a problem with is her getting rid of is something that I gave her!  Not a good example, am I?  She is also the one I can trust enough to tell me when to let something go.  She is not so gentle though and loves to exaggerate!  Everyone needs a friend like that in their life.

She also loves to have my old stuff so a visit with her always ends up being several bags of clothes out of my own closet.  She's lost weight and I've gained some so my clothes are looking better on her anyway.  This is all the bags I stuffed into the back of my car to leave with her.  It was fun for me because every item I pulled out, she said "I was just saying I needed that!"  Win-win! 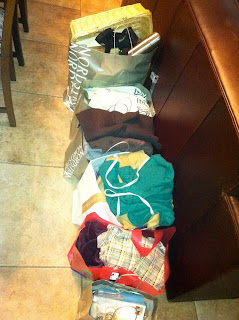 Aunt #2, whom I joked would remain nameless to protect the innocent guilty, is equally as fun to help but a bit more challenging.  Things go slower with her because she loves every item and with each comes a story.  It's great to hear the stories and I think it helps with letting go, but when you have a whole lot of clothes, I had to cut short the walk down memory lane.  I felt harsh, but kept saying "Yes or No and no story."  I love her though and her giggle every time I would say that.  Here is an item that she didn't really want to let go, but managed to say goodbye.  That's $1.00 she'll never get back. 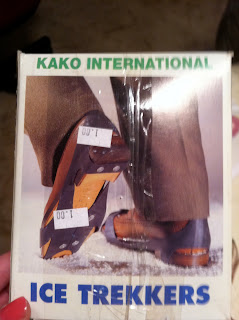 We chose a couple of spaces to focus on because I only had about two days with 4-5 hours each day.  We managed to declutter a lot of things but I felt the most important thing is that at the end of our time that she was left with something clean.  When you have to go through item by item and reminisce along the way, it takes a lot of time so I knew that I was going to leave her with a lot to do on her own.  I also tried to leave her house with all the Goodwill items in tow.  There is nothing worse than looking at that bag for weeks and eventually picking back through it in regret.  I tried to leave with this little one, but she wasn't having it.  Miss Rizzo used to be my dog but when I moved to Texas I left her with my aunt who said "Miss Rizzo helps her get out of bed in the morning." 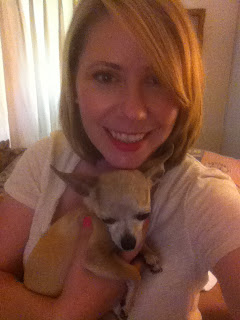 I stayed most of my visit at my Nanny's house.  She had mentioned to me that she wanted to go through some things in her utility room, in particular her Christmas decorations.  She wasn't ever planning to use them again and hadn't used them in years because she has a little tree that illuminates and doesn't need ornaments.  Since my Grandfather passed away a few years ago, going through anything in her house was a hard task for her.  Everything has memories and there is a feeling of not wanting things to change any more than they already have.

We had some miscommunication where I thought she wanted to clean things out but she only wanted to put them in different containers.  We joked that she had a box to keep and a box to keep to throw away.  Understandably, she wants anyone in the family to look through them before she discards them. Dealing with sentimental items are the hardest clutter to handle because of all the memories tied up in them.  It was a sweet time to spend with her, even though I may have worn her out with my big ideas.

Lastly, my visit to my friend's house was very brief but it just so happened that I was staying in the room that held her son's old things.  These things included an Atari, all his books from childhood and his old crib bedding.  I think he is 35 years old now.

I watched my friend go through all these things that she has lovingly cared for all these years and they were in pristine condition.  Some things were sentimental and some she thought might be useful for her grandson.  I asked her to go through the sentimental baby clothes and stuffed animals and just to keep what really had a good memory.  She agreed that the socks could be passed on and also the toys that weren't his favorite.  It's ok to keep a small amount of items if they make you happy.  The other items the son needs to take so he can sell them or put them in his own house.

The point with her is that she wants to make this room like a sanctuary for herself which will be reflective of things that she loves and needs now.  Having boxes and boxes of old books may be great memories and still in good condition but they are taking up real estate that she needs in order to have her serenity now.  I pointed out that the library still has these books and if her grandson wants to read them, he can.  Also, she or her son can sell them on amazon to earn some money from them.  Here are some photos which she may kill me for posting.  The right one is just some of the books stored so tidily and taking up a lot of space. 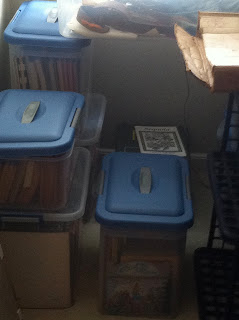 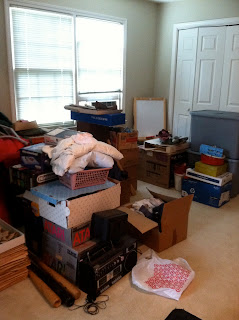 Overall my trip wasn't about decluttering but spending precious time with family.  I was gone for two weeks and it was so fun just to be a part of their lives for awhile.  I also was able to visit with more family and a friend who was my maid of honor in our wedding.  The mountains were so refreshing after being in Texas for almost six years.  I hope you'll be inspired by these decluttering stories and you'll go conquer some of your own piles of stuff today.  I'll leave you with a taste of the mountains of North Carolina just for fun.

Just in case you were wondering where to buy your Nascar pillows. 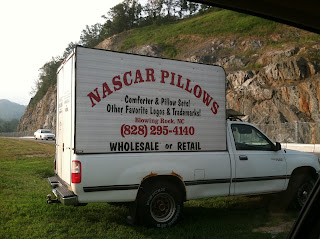 Oh no she din't!  Oh yes, I brought some back for G and he gives it a thumbs up.  It's a staple in the kitchens of this region and it really is good although I haven't brought myself to eat it because I'm trying to lose the weight from all those biscuits and sweet tea. 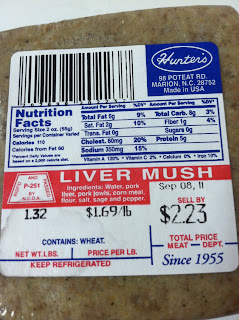 Lastly is a picture from my Dad taking me on a 2 hour Harley ride through the mountain area of NC where my family is from and still live now.  It's so beautiful and everyone seems to have their own little mountain stream.  It was a gorgeous day and a highlight of my visit. 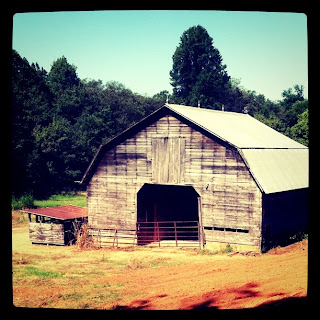 And anyone who worried about Gustavo while I was away for so long needn't have worried.  I left him a freezer full of individually sized dinners, arroz con pollo and spaghetti and meatballs.  He also managed to not do laundry the entire time I was gone. 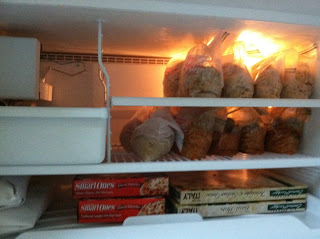 Email ThisBlogThis!Share to TwitterShare to FacebookShare to Pinterest
Labels: declutter

It felt good to read your post. Though I haven't been to any of those places, the pictures made me feel like I was there, seeing those things the way you saw them!! Clearing out/decluttering is always cathartic. Looks like you had a really great time!!

BeingFab-What a sweet thing to say. I'm glad you enjoyed your "trip" to NC.

It's good to see you're back!

I am the declutter-er in my family. It is therapeutic, a little cardio, and helpful to those who can't help themselves. Unfortunately, I'm married to someone who cannot self-declutter. Actually, no, that makes it a bonus for me because I always have my husband's office that I can declutter each month.

Rebekah-That's funny that decluttering is cardio! You must move fast. You are lucky that your husband doesn't mind you cleaning up his office. Most people wouldn't trust someone else to do it.